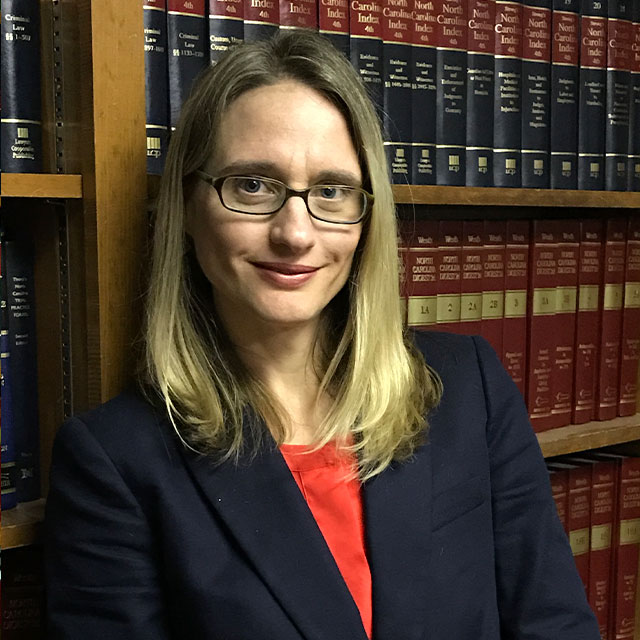 A native of Boone, Andrea Miller Fink is married to Michael Fink and they are the parents to one daughter; Ava. Mrs. Fink joined as partner on September 2, 2016 and will practice primarily family law as well as Real Estate Law.

Mrs. Fink is a 2006 graduate of UNC-Chapel Hill where she received her Bachelor of Arts in History. She was awarded her Juris Doctorate from the UNC-Chapel Hill School of Law in 2009 and was selected as a National Member of the Order of the Barristers during her tenure.

She is a member of the North Carolina Bar Association-Family Law Section, and a graduate of NITA/ABA Family Law Advocacy Institute; an intensive seven day training program.

Mrs. Fink has various speaking engagements including speaking at the NBI:CLE on the issues of prenuptial/postnuptial agreements and when a spouse is hiding assets and as well as speaking at a CLE for the Paralegal division dealing with retirement assets. She has also been recognized with an article published in the NC Bar Association Family Law Section Newsletter entitled, “Q&A with Digital Forensic Experts.”